Moremi Game Reserve, situated in the central and eastern area of Okavango Delta

Moremi Game Reserve is considered to be one of the most beautiful game reserves in Africa. It was voted the “best Game Reserve in Africa 2008” by African Travel and Tourism Association. The local Batawana tribe where concern by the rapid depletion of wildlife in their ancestral lands. Therefore, the land was proclaimed a reserve in 1963.

Moremi Game Reserve includes both Chief’s Island and the Moremi Tongue. It boast one of the richest and most diverse ecosystems on the African continent. It covers much of the eastern side of the Okavango Delta and combines permanent water with drier areas creating unexpected and startling contrasts between land and water. This is a surprisingly diverse Reserve. It combines mopane woodland and acacia forests with floodplains and lagoons. Only about 30% of the Reserve is mainland, with the bulk being within the Okavango Delta itself.

This makes for spectacular game viewing as well as bird watching. It is home to nearly 500 spieces of bird. Both Black and White Rhino have recently been re-introduced. Now making the reserve a ‘Big Five’ destination and it is one of the most significant areas for the African Wild Dog.

I am not the expert, but I can say that it was a spectacular place with a diverse and contrasting landscape to travel through. We stayed under canvas for three nights at a private HATAB site in the Xakanaka area of Moremi Game Reserve. The place is called MGR8 – Dead Tree and you can find the location of the camping site here.

Map of Lodges and Camping Sites in the Okavango area

We had a small pool of water just outside the camping site attracting wildlife. The pool had a resident group of Lechwe’s, crocs, birds as well as hippo’s plunging into the pool at night. Elephants and Hyenas visted camp during night when the Bell Frog choir was hard at work.

A little piece of heaven I would say and one of the most beautiful places I have ever visited. 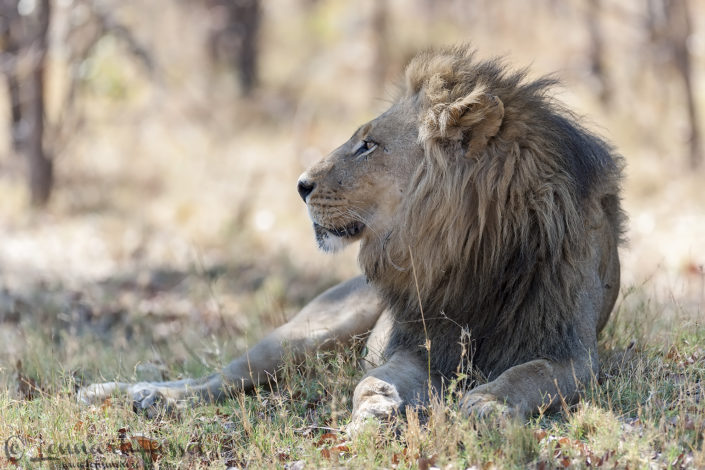 This is my photo album from the Hungarian Bee-eater Bonanza workshop in June 2018. 7 days of photography gave us plenty of good opportunities to work with the animals of the Puszta.
© Lennart Hessel Photography
Posting....