Kafue National Park is one of the biggest protected wildlife areas in Africa. It is a National Park with a great diversity and one I really liked. I would like to explore more of this huge park in the future.

I have been thinking about going to Zambia since I understood how much I like game walks. Zambia is the birthplace for game walks and that is one of the reasons why I knew I needed to visit certain places in Zambia.

Still I didn’t think that Kafue National Park would be the first wild place for my visit. I went there due to one single reason and that was Cheetah. I was asked by a former guest if we could go to a nice place for Cheetah. It turned out that Zambia only have two viable populations of Cheetah. One of those is in Kafue National Park in the western parts of Zambia.

The National Park is one of the biggest in Africa, if not the biggest, as it covers a massive 22,400 km2. One can easily divide it in three different parts. Southern, central and northern Kafue. The area I was most interested in was the northern Kafue and in particular Busanga Plains.

Busanga is of course not easily accessible and therefore we had to spend nights in central Kafue on the way back and forth from Lusaka.

The name of the National Park comes from the Kafue river. It is the only river that is strictly Zambian as it starts and ends in the country. It is the biggest tributary to the might Zambezi. The Kafue’s main tributaries are the Lufupa and Lunga rivers in the north, the Luansanza in the center and the Musa in the south.

The dominant vegetation type of the Kafue is called Miombo, which is typified by a semi-deciduous woodland. Miombo woodlands form a broad belt across south-central Africa with four different eco-regions. Kafue is part of the Central Zambezian miombo woodlands that you find in Angola, Burundi, Democratic Republic of the Congo, Malawi, Tanzania and Zambia.

The Busanga Plains that we visited is arguably the most well-known area. It is situated in the Far North-west of the park with wide open seasonally flooded grasslands, stemming from the Lufupa river. This gives lush grazing for the plethora of wildlife which reside here.

Thanks to its size and a variety of habitat types the Kafue holds a fantastic diversity of wildlife. The diversity is what attracts most and not the sheer number of wildlife like in east Africa. The Kafue National Park isn’t about seeing as many of the iconic animals as possible in 24 hours. If that is what you are looking for then you’ll miss the point of this special place. Kafue is home to more species of ungulate than any national park south of the Congo Basin. It is like a melting pot in which you will find species most northern or southern range of their distribution.

Thanks to the outstanding array of habitat types, the plethora of bird species the Kafue houses stand at over 500 recorded species, roughly as much as the whole of Europe. We didn’t put much effort into birding, but you will find many different birds in my photo album.

In Busanga you will find one of the few known breeding sites for the endangered Wattled cranes. It is not uncommon to see large aggregations of these rare birds, sometimes in mixed flocks with the iconic Grey Crowned Cranes which scour the Busanga in search of food in mega-flocks. We had the pleasure to see one of these flocks one morning.

My thoughts on Kafue National Park

I must admit that I liked Kafue National Park. The diversity was great and I saw many new species, always a pleasure. It was particularly interesting to witness how different the Elephants behave. The reason is simply down to poaching and human pressure. The elephant population has been heavily decimated the last 50 years.

Busanga was spectacular in its own way. Plenty of animals, but sadly not easy to access. I would probably say it is the most remote place I have been to in Africa. I would happily stay there and investigate Busanga if they could prepare official camping sites. We had to camp outside Busanga and that is not optimal as you lose valuable light each day driving. Just a few official camping spots for Safari Operators like the HATAB types in Botswana should do wonders. The human footprint would not be much bigger than today as the remoteness of Busanga still would keep people away.

The highlight of our five days must be the Cheetahs. We thought we would see them in Busanga, but found them in central parts. We also stumbled upon a pack of Painted Dogs so I have now seen Painted Dogs in each of the African countries I have visited. The bush-fire in Busanga was also spectacular in its own way. It was interesting to see how relaxed the animals were around the fires. 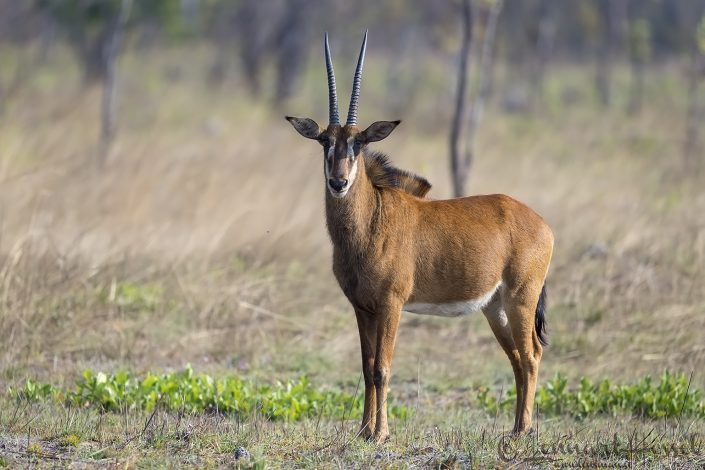 This is my photo album from the Hungarian Bee-eater Bonanza workshop in June 2018. 7 days of photography gave us plenty of good opportunities to work with the animals of the Puszta.
© Lennart Hessel Photography